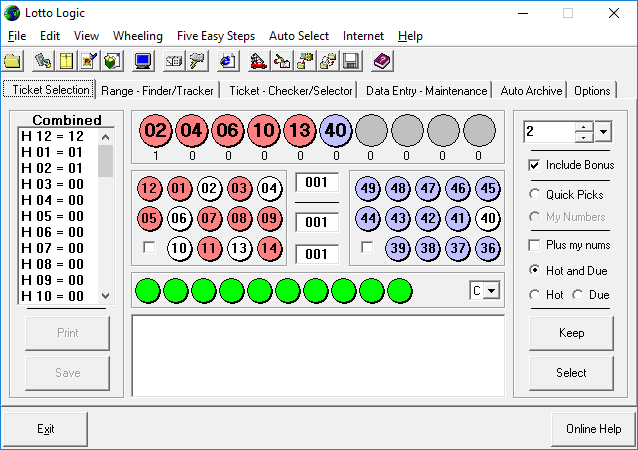 What is our Lottery Software Story? – Why did we create Lotto Logic?

Many moons ago when the internet was mainly accessed through services such as AOL, CompuServe we wanted a lottery software program to help with picking our numbers. Off we went in search of such a product but were only met with a sea of scams. There were so many scams, such a product did not exist, it seemed simple enough, a straight up product which made real-world sense with assisting in selecting lottery numbers.

Unfortunately, there was nothing, the closest was a wheeling program which is useless unless you have mega amounts of money to play an inordinate amount of lottery tickets and the kicker here was, they wanted you to pay for all the wheeling packages. By the time you were done with this scam you would be out a whopping 3 hundred, yes 3 hundred dollars, and this was back in dial up days.

What to do? The only option for a decent honest high quality lottery prediction software solution was to build one, and Lotto Logic was born.

I uploaded the product to the internet for free and was met with immediate thanks, positive feedback, and many success stories but the lottery program only worked for the lottery I had made for us to use it with.

I was receiving requests from around the world if I could modify it for their lottery, which I was more than happy to do.

However, this became far more overwhelming than I had expected. There were so many requests because people were happy that there was finally a product which was not a scam and worked well for them too.

Eventually I had to stop as it was too much, but then lottery players started offering to pay for the modifications. Some offers were ridiculously high, and i could not live with that, as now it felt like a scam in of itself, as it was not overly difficult to make such modifications. So, in the end, charged a flat 20 dollars for whatever lottery they wanted it modified for.

One day I received an email suggesting; why not make it so the user can modify it for any lottery they want. What a great idea! Back to the drawing board!!! Back from the drawing board, Lotto Logic Version 2 was born.

Still only charging 20 to upgrade from the freeware version and to this day the only change is that it is now 19 and still as popular today as it ever was, people like not being scammed. Unfortunately, the only change on the internet today is that there are even more scams than ever before.

Over the years Lotto Logic went through many changes, many versions, all based on professional lottery players and of course all our loyal customers feedback as well, into the fine upstanding product it is today.

Scams and scammers, that is how it all started, 100% why we exist today and will exist well into the future, because people do not like being scammed, and neither do we.

4 comments on “What is our Lottery Software Story? – Why did we create Lotto Logic?”