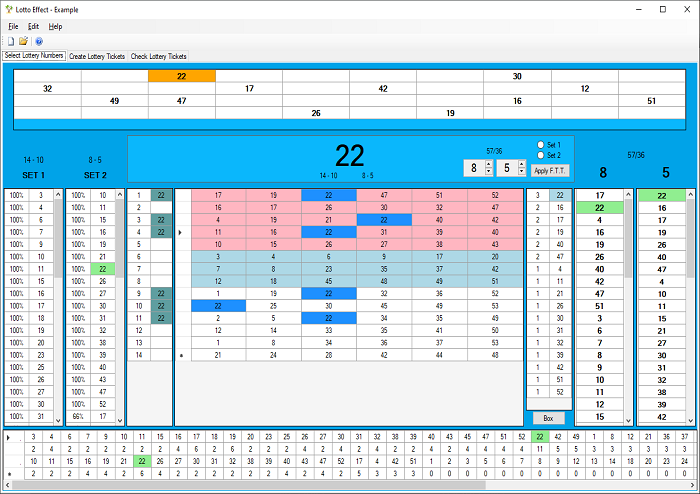 Lottery software that works and the surprising reason why Lotto Effect is.

Was Lotto Effect Really 10 years in the making to the best lottery software that works? Well yes, yes it was. In hindsight, we did not realize this until we started writing blogs this year that overall, yes, Lotto Effect was 10 years in the making. If you have been keeping up with our blogs, then you know that it was ten years from conception to materialization as you know we built Lottery Looper along the way in there.

When we formalized the design for Lotto Effect, we knew we had a solid concept and over the years gave us much time to think it through thoroughly and is why at only 1.1 it is already matchless compared to any other lottery number generator based on previous results out there. Lottery Looper and Lotto Logic are trend aware where Lotto Effect is based on growing momentum.

All three programs are miles above any system out there as the majority of them are straight up scams to start with, and anything else only gives you high and low, with nothing of value, no system in between to help and guide in assisting number selections, worthless really, so are they a scam, we will let you be the judge of that.

Fast forward to the present with Lotto Logic and Lottery Looper both with a large install base, massive amounts of success stories it was time to finally realize Lotto Effect. We have been waiting almost ten years to build this one and we seriously can’t wait to start using it ourselves and deliver yet another gem for lottery players. So far based on our results and player success stories boy were we ever right, it works amazingly well.

Why was there such a dramatic change from 1.0 to 1.1 in the ui design?

Late 2019 we were in full swing development with the mass amount of beta testers floored at how well this was working for them and with serious news coming out of China, we along with the rest of the world started to become genuinely concerned. It was only a matter of time before this became a global problem. With so many players waiting for this release we decided to knock out the last few reported bugs in the code and drop it as is.

What was initially released is how it looked in development, only the dev team and beta testers were ever to use it in this state. We wanted another year to use it to get a feel for the ui and then release it, but it was solid as a rock in code and concept.

However, the concern was real and releasing it as is, was the most sensible thing for us to do at the time because again, along with the rest of the world we did not know how this was going to play out and if worst came to worst at least the community could download the solid concept to enjoy, not pretty but totally worked and worked well, and better than we could have hoped for actually.

Unfortunately, fear was realized, and it did become a global pandemic in early 2020. Over the next 8 months after version 1 was released we and many players at least had the joy to use Lotto Effect and gave us much more feedback to realize the ui for better quality of use. Then in early July 2020 version 1.1 was released. Of all our products, Lotto Effect has become the quickest one to become so solid so fast. Which makes sense with such a long design cycle. Our style is to release an early version and grow from there based on feedback from the community. We’re always improving our product into what players want and is why they are so popular, why they all are lottery software that works so well. To think, 1.1 is only the beginning!

11 comments on “Lottery software that works and the surprising reason why Lotto Effect is.”